Which house will take the cup? 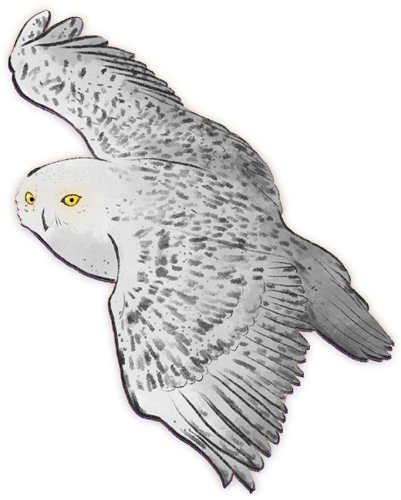 Hiding Hedwig is a fun game that takes place once per term where houses get to work together in their common rooms! Get ready to play Hiding Hedwig, a capture-the-banner style game! Houses will work together to hide their owl in the Wizarding World while tracking down the locations of three owls hidden by the other three houses.

The game consists of two rounds: one where houses work to find the owl hidden by the other three houses and then a second, where all four houses are racing to be the first to find Hedwig, hidden by the host.

In advance of the game, each house must submit their wizarding world location (based on a list of possible locations) and then develop clues based on the game.

Each house selects a Team Captain who will communicate with the Owlery to convey information and guesses.

Once they lock in their hiding place, they submit it to the Owlery so Hedwig knows where to go! Along with the locations they include 4 clues that must be approved. (One Vague, One Less-Vague, One Clear and One Obvious)

Scoring the Second Round

The second round is hidden by the host! The stages are the same, except for the scoring.

Each round has five stages:

If you have any additional questions, feel free to reach out to any staff member in your house!

What kind of wizarding locations can we choose?

A list of all possible wizarding locations that we allow per game are made available a few days before the game for houses to work on their location selection and clues. Only locations on the list will be approved.

What type of clues can we choose?

Clues must be submitted for each of the locations you choose to hide Hedwig. They must be approved and fit into the categories of one vague, one less-vague, one clear and one obvious. They can list people at the locations, the title of the book the location plays a major part in, a feature of the area such as water, etc.

What does the team captain do?

Can we move through the stages faster?

All houses can submit their guesses in each stage as soon as they are ready. When all houses have submitted their guess OR the time has elapsed, we move onto the next stage. So it can go faster if houses guess more quickly.